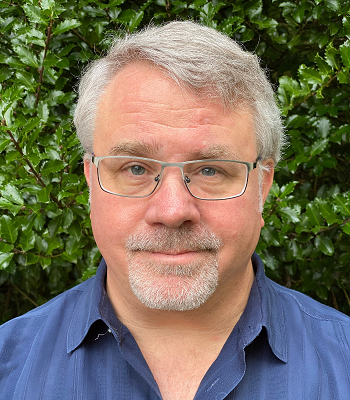 Title
Green Chemistry: the molecular mechanisms of sustainability and the circular economy.

Bio
John warner is senior vice president of chemistry and a distinguished research fellow at the Zymergen Corporation, where he is helping to design and create commercial technologies inspired from nature consistent with the principles of green chemistry. With over 300 patents, he has invented solutions for dozens of multinational corporations. His inventions have also served as the basis for several new companies. Examples include: Collaborative Medicinal Development (ALS therapy), Hairprint (hair color restoration), Collaborative Aggregates (asphalt warm mix rejuvenators), Ambient Photonics (lowlight indoor photovoltaic devices for IoT and BIPV). He is one of the cofounders of the field of green chemistry, co-authoring the defining text and articulating the 12 principles of green chemistry with Paul Anastas. John has over 100 publications providing foundational work in the fields of noncovalent derivatization, polymer photochemistry, metal oxide semiconductors and synthetic organic chemistry. John has received prestigious awards as an academic (PAESMEM – President G. W. Bush & NSF, 2004), industrial chemist (Perkin Medal – Society of Chemical Industry, 2014), inventor (Lemelson Ambassadorship – Lemelson Foundation & AAAS) and for governmental chemicals policy (Reinventing Government National Performance Review – Vice President A. Gore & EPA, 1997). He received the American Institute of Chemistry's Northeast Division's Distinguished Chemist of the Year for 2002 and the Council of Science Society President’s 2008 Leadership award. Warner was named by ICI Services as one of the most influential people impacting the global chemical industries. In 2011 he was elected a Fellow of the American Chemical Society and named one of “25 Visionaries Changing the World” by Utne Reader. He serves as Distinguished Professor of Green Chemistry at Monash University in Australia. He serves as the Global Chair for the Center for Sustainable and Circular Technologies at the University of Bath. In 2017 the German Ministry of Economic Affairs and The Technical University of Berlin announced the naming of “The John Warner Center for Green Chemistry Start-Ups” in his honor.

John received his BSc in Chemistry from UMASS Boston, and his PhD in Chemistry from Princeton University. After working at the Polaroid Corporation for nearly a decade, he then served as tenured full professor at UMASS Boston and Lowell (Chemistry and Plastics Engineering). In 2007 he founded the Warner Babcock Institute for Green Chemistry, with Jim Babcock (a research organization developing green chemistry technologies), and Beyond Benign with Amy Cannon (a non-profit dedicated to sustainability and green chemistry education). He now advises several international organizations and in 2020 began working with the Zymergen Corporation.